Posted 1 week ago by Bob Sullivan 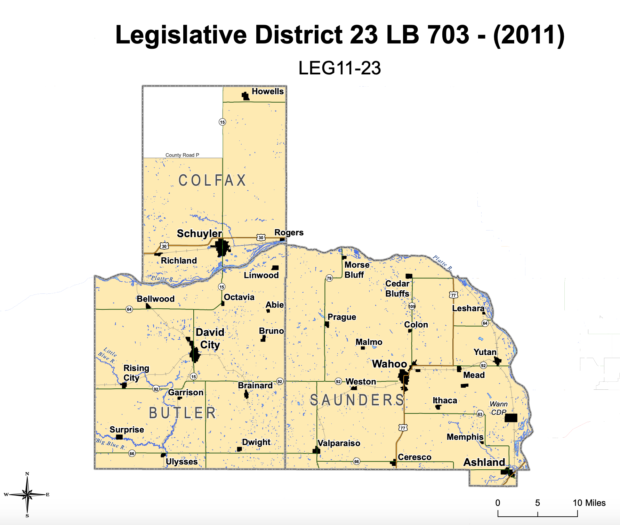 If you live in Saunders County, Butler County, or most of Colfax County, Nebraska, you have an interesting race on your ballot on November 3rd, 2020. The race is for the State Legislature where the incumbent, Bruce Bostelman, a proven pro-life conservative, is facing a challenge from Helen Raikes. If you are a Christian, you should be concerned with a number of issues, including the preeminent issue of abortion. And if you are concerned about these issues, you probably turn to a guide or two, to see which of these two candidates are pro-life.

What you might conclude is that Helen Raikes is the pro-life candidate, after all, she responded to the Nebraska Catholic Vote Guide questionnaire and Bruce Bostelman didn’t. A “no response” is typically a solid indicator that the politician is in favor of abortion and various other evil things. However, in this case, this is not the case.

The surest way to predict the future votes of a politician is to look at their past voting record on an issue. Politicians rarely change their views on matters as serious as abortion (unless you are Joe Biden and your party requires you to change your views to fully 100% pro-abortion in order to remain a presidential candidate).

In looking at Bostelman, he is decidedly pro-life. In fact, when he filled out the Nebraska Right to Life questionnaire four years ago and again this year, he answered in a way which indicated he was highly pro-life. More importantly, he voted pro-life while in his first term in the Nebraska Legislature. In fact, he was a co-sponsor of the dismemberment ban, which outlawed the type of abortion procedure which tears the baby apart in order to complete an abortion.

Therefore, by voting for Bruce Bostelman, you can be assured, you are voting for a very pro-life conservative, who has a track record to prove it.

But what about Helen Raikes? Her campaign materials tell us she’s pro-life too. And she actually filed out the Right to Life questionnaires. Is this the rare race where both candidates are pro-life? No. Unfortunately, it isn’t.

“My two small donations to Planned Parenthood…”. Sorry Mrs. Raikes. Any donation, in any amount, to the largest and most active abortion provider in the United States, says it all. You are not pro-life. I also note all the use of “healthy” in your excuse above. It sounds like your “exceptions” include abortion for unhealthy children. That is also proof that you are not pro-life. All human life is precious, regardless of health, usefulness, appearance, and economic wherewithal.

Secondly, Mrs. Raikes is very tight with the Buffett family, including (obviously) Warren Buffett. If you don’t know it, the Buffett family has been one of the largest financial supporters the abortion industry has had over the past few decades. Mrs. Raikes sits (or sat) on the board for the Sherwood Foundation, one of the big “charities” run by the Buffetts. The Sherwood Foundation has given grants and/or funding to various groups who are on the extreme left side of the liberal progressive agenda, such as LGBT groups, and, you guessed it: Planned Parenthood. Mrs. Raikes was on the Sherwood Foundation Board when they donated large amounts of money to Planned Parenthood (though she may not be on the board right now). Is an organization like that going to let a pro-life conservative sit on its board? Maybe. But I’m betting it won’t. And again, Mrs. Raikes has personally donated to Planned Parenthood, so it all seems quite consistent for a person who is trying to pull off a fraud on pro-life voters.

Third, she not only puts money in the pocket of the abortion industry personally, and through her “charitable” work, she also supports other very liberal politicians and rubs elbows with the movers and shakers of the progressive liberals who do the big funding of abortion and LGBT. Her brother, Jeff Raikes, is similarly interested in supporting abortion and other aspects of the liberal agenda. He’s tight with the other huge financial supporters of the culture of death in the world, Bill and Melinda Gates. He is the largest donor to Mrs. Raikes bid for the Legislature. And how about Mrs. Raikes donations to local politicians? If you check, you will see that all of them are among the far left of Nebraska’s politicians: Chuck Hassebrook, Brad Ashford, Kate Bolz, Bob Kerry, Senator Pansing Brooks, Leirion Gaylor Baird, and others who are (with the exception of party-begging Ashford) are pure Democrats. All of these politicians are ardent supporters of Planned Parenthood.

Therefore, you can be assured that a vote for Helen Raikes, is a vote for Planned Parenthood, abortion, and the culture of death.

Mrs. Raikes is perfectly willing to talk like a pro-life advocate now, but like many politicians before her, when it comes time to vote, she’ll vote purely pro-abortion. After all, she’s a Democrat through and through. How do I know that since the Legislative races are non-partisan? Well, she hangs with Democrats, and only Democrats. Secondly, when she ran for a seat on the Lower Platte North NRD – Subdistrict 9 in 2018 (a mere two years ago), she ran as a Democrat. And we all know that the Democratic Party requires their people to be pro-abortion, pro-LGBT, and as indifferent to or hostile to Christianity as possible. Their own platform and leadership proves it.

This tells me that Mrs. Raikes has lived in a liberal progressive bubble, and knows very little about the pro-life movement or objectives. If I were a betting man, though I’m not, I would bet fair sum that she would not sit down to chat about any of this with me. However, I would welcome her if she did.

1 week ago No Comments