Hitler Was Catholic Too

Posted 3 weeks ago by Bob Sullivan 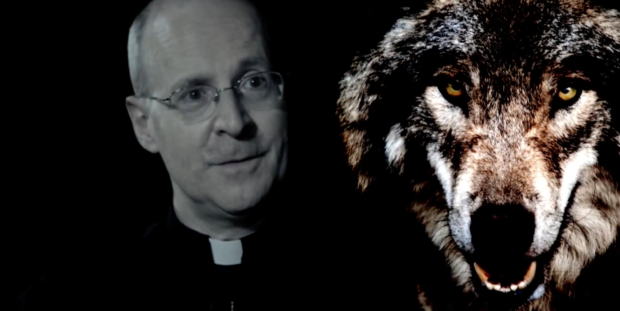 After years of engaging in evangelization and apologetics, anti-Catholics have sometimes criticized the Catholic Church because Hitler, and Stalin were Catholic. Stalin was not Catholic, but that matters little to anti-Catholics. Stalin was a student in a Russian Orthodox seminary for a time, but the Russian Orthodox Church is not in union with the Roman Catholic Church. However, it appears that Hitler was raised as a Catholic. I’m told that he even served as an altar boy for at least part of his youth. Many other villains were Catholic as well. Two of the most disturbing (other than Judas) were John Wayne Gacy and Timothy McVeigh.

The fact is, Catholics are human, and as a human, a Catholic can be every bit as evil as an atheist, a Protestant, an agnostic, an Islamist, a Jew, or any other faith. One caveat is that most truly evil people are atheist communists. However, that is not my focal point here.

I have spent some time explaining to anti-Catholics over the years: You should not judge a faith by the members of that faith who serve as the worst examples of the faith. Whereas Hitler, Gacy, McVeigh, and millions of other Catholics have committed horrid sins, so have millions of Protestants, atheists, Hindus, etc… We are not the sum of our failings or our sins, nor of our failed brethren or their sins.

I suspect that every Catholic bishop, priest, deacon, evangelist, theologian, canon lawyer, and parish director of religious education would agree with me on this point. So would many lay Catholics.

More to the point of this article though, simply being baptized by a member of the Catholic Church, does a person no good if they die unrepentant and in the state of mortal sin.

I’ve never heard a Catholic defend Hitler by reminding a Hitler critic that Hitler was Catholic. After all, Hitler personally engineered the deaths of millions of innocent people, right? When anyone says Hitler wasn’t Catholic, we know they are saying that he clearly didn’t believe in God, the teachings of the Catholic Church, or even the golden rule. Who could exterminate trainloads of innocent people, and retain any belief in God? No one. If anyone is reminding us that Hitler was Catholic, they are using it as a club over the head of Catholics, not as a defense of the homicidal maniac he was.

Why do I bring this up today?

Because members of the hierarchy of the Church, and many lay Catholics are rushing to the defense of a man who promises to champion and facilitate more deaths than Hitler did in all the death camps in his Nazi empire. There are about 860,000 abortions in the U.S. each year, and the U.S. abortion industry works worldwide to provide abortions, abortion access, and abortion funding, thereby assisting (directly or indirectly) in approximately 73,000,000 abortions each year across the globe.

For this reason, many people are saying Joe Biden isn’t Catholic. This is because no faithful Catholic can support abortion, and no Catholic could be more effective at supporting abortion than a Catholic who happened to also be the President of the United States. A better way to say it is to say that Joe Biden is far from being a faithful Catholic, but it is easier to simply say he isn’t Catholic.

Yet whenever someone says Joe Biden isn’t Catholic, a Catholic bishop, priest, writer, educator, commentator, theologian, etc…, always pipes up and offers a reprimand of some sort. They almost always point out that Joe Biden is technically Catholic. They point to his “supposed” baptism (though I don’t know if anyone has verified that the baptism was valid), the fact that he has been seen at Mass, or that he prays.

Technically, a person is Catholic if they received a valid Catholic baptism. Honestly, that is all it takes. And the sacrament of baptism places an indelible mark on the person’s soul, which means that it can never be removed. So yes, Biden is Catholic if his baptism was valid, just as Hitler was Catholic, as long as his baptism was valid. The Devil is always in the details. Oh, and excommunication does not make a person “uncatholic”, it simply deprives them of the sacraments and serves as a formal declaration that they are to stay away from the sacraments until they repent and return to the confessional with a contrite heart and make a good confession. Because of this, Hitler died a Catholic, and when Joe Bided declares his open and enthusiastic support for abortion, he is a Catholic who is doing so.

I am really frustrated by people who are Catholic in name only. I can’t decide if I’m more frustrated by their cowardice or their dishonesty. I think it is a tie between the two. I pray that they grow in courage and truth.

Those who like Joe Biden’s political views (which prominently includes his support of abortion and same-sex “marriage”) are quick to point out the fact that Biden’s baptism makes him Catholic. We all love technicalities don’t we? However, that is where they stop. To them, it is enough that he was presumably baptized. They seem to hope that the discussion stops there. This is because there are a lot of uninformed Catholics who will vote for Biden simply because he is Catholic. Many of these people may presume that Biden is just like they are, faithful. But he’s not. You cannot be a vocal and active supporter of abortion and be a faithful Catholic. The two are absolutely incompatible. This is not the “no true Scotsman” fallacy. It is a fact. Yet, liberal progressive Catholics (another set of people who are typically not faithful Catholics) believe that if the truth of Biden’s rejection of the Catholic faith gets out, he will lose many votes in the upcoming election. Therefore, we have seen comments like the following:

Here’s the funny thing. I’ve never heard any of these people remind anyone that Hitler was Catholic.

So, “here’s the deal” (to borrow a phrase familiar to Biden). Let’s stop with the cooperation with evil. If you are Catholic, and you wish to help Joe Biden’s political aspirations by leading people to believe that Joe is just fine as a Catholic who supports abortion (Cardinal Joe Tobin), then you should also add that Hitler was Catholic too. Because both were, and Hitler’s political aspirations only resulted in about six million dead civilians and political prisoners in his death camps. Yeah, he caused a lot of death and destruction while trying to take over the world and cleanse the world of what he considered subhuman races, but did he support the killing of 73 million human beings every year? And even if he would have liked to have eliminated 73 million human lives every year, that only makes Hitler as deadly as abortion, not more deadly. So, in that sense, yeah, Hitler and Biden are equal not only in their facilitation of death, but also in their status as Catholics.

My point is this. Biden openly admits that he is happy to cooperate with evil because he supports abortion and has promised to use his power to make abortion more ingrained in American culture. While doing this, he is trying to lead people to believe that he is a faithful Catholic who has a deep faith and prayer life. When well-known Catholics facilitate this propaganda, they are fools, tools, and inflict wounds on the Body of Christ. Further, such defenses of Biden’s “faith” are divisive and cause scandal within the Church.

A Catholic cannot downplay Hitler’s membership in the Catholic Church, but emphasize Biden’s if that is the end of the discussion.

As Scripture says, by their fruit, we can know them. So, let us focus on their fruit. We all know that Hitler’s fruit was putrid rotting flesh, open graves, smokestacks belching smoke and ashes of his millions of innocent victims, torture, grotesque medical experiments, and all other forms of satanic evil. If I were a betting man, I’d lay a fair amount of cash on a bet which says Hitler is a Catholic in Hell.

What is Joe Biden’s fruit? Decades of politics which helped the entire nation erode into civil unrest, race wars, Marxist/socialist ideologies, and a deeper and deeper spiral into a culture of death. Was all of this Biden’s fault? Absolutely not. But he was on watch the entire time, and he has never attempted to stand in the gap. Instead, he has tested the winds of the culture, and has tumbled along with them, changing his stance on things whenever he needed to be swept along for political gain. Now, when he is potentially poised to take over the most powerful position in the modern world, he makes matters worse by promising more support abortion, same-sex “marriage”, and the totally secular and increasingly socialist platform of the Democratic Party. He even claimed, “I am the Party”, echoing another Catholic who used to make that claim in Germany. What was that Catholic’s name? Anyway, in addition to this putrid fruit, Biden has remained silent regarding the vandalism to Catholic and Christian Churches, has professed support for the Marxist organization known as Black Lives Matter, has been slow and weak in any condemnation of the violent riots in numerous U.S. cities, and has predicted that he will be much more aggressive with regard to taking away our freedoms while he figures out how to deal with a virus which has a survival rate of better than 95%.

I think the following question is a bullseye: Is Joe Biden a Democrat or a Catholic? Right now, it seems that he personally identifies as both, but his words, actions, and fruits tell us that in practice, he is merely a Democrat. And by his own admission, he is the Democratic Party, which is in direct opposition to Jesus Christ.

So, let’s be honest here. Hitler was not a faithful Catholic. He openly and blatantly rejected everything the Catholic Church teaches. Yeah, yeah, he was baptized Catholic and died with the indelible mark of baptism on his soul, but if anything, that only makes his evil that much worse. In a sense it is like Satan who is an angel who fell from Heaven. From everyone to whom much has been given, much will be required; and from the one to whom much has been entrusted, even more will be demanded. (Luke 12:48) Hitler rejected the Catholic Church and Jesus Christ in order to become equal to God. (Phillipans 2:6)

Much has been given to Joe Biden. He bears the indelible mark of baptism which makes him an adopted son of God, but in the secular world, he has been ordained by the Obamas, Clintons, the DNC, Planned Parenthood, and the media, by whom he is surrounded and protected. His secular blessings have come to him because of his rejection of the Catholic faith, not because he has been faithful to the Church. Justice Amy Coney Barrett is living proof of this undeniable fact. If loving Jesus makes me a bad Catholic, I don’t want to be a good Catholic. And through Biden’s rejection of the Catholic faith, we see his political aspirations. His worldly achievement appears much more important to him than his Catholic faith. However, more is demanded of Joe Biden, and it requires him to denounce abortion, reject the socialist agenda, and repent. In reality, if he did these things, he would win the election by a landslide. However, as things stand, no Christian can, with a clear conscience, vote for Joe Biden.

3 weeks ago No Comments