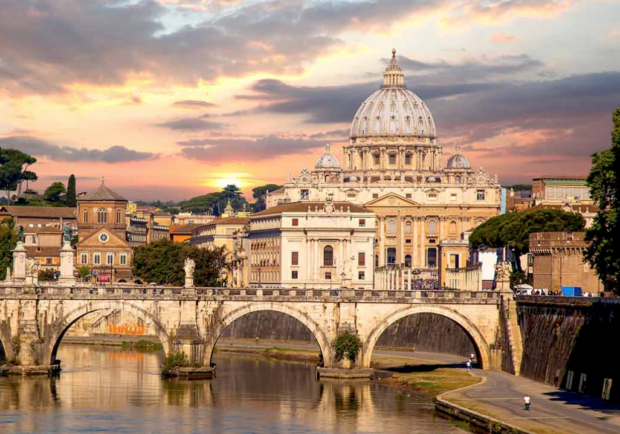 Pope Francis may have resigned during a recent meeting with top curia officials. According to sources close to several high level members of the curia, Pope Francis stated: “I cannot go on any longer. I am no longer the Pope to you. I will stay where I am, but please, no longer is being called ‘Pope’ admissible.” He then exited the meeting, got in his car, and went for a drive around Rome.

The attendees of the meeting stood at the table for a few moments after Francis exited, unsure if they were to take his statement as an abdication or as a frustrated comment at the close of a tense meeting. However, our source also stated that this is a common experience after meetings with Francis.

Within hours of the meeting, some of the curia released statements stating that Francis did not abdicate and that he is still the Pope. Others who were present at the meeting have written Pope Francis, requesting a meeting. The letters have not received a written response. However, later that week, Francis may have alluded to the letters in a homily. During his homily on the feast of St. Ambigue, the patron saint of vague statements, Francis said that that people who write letters are like the Pharisees in the Gospel. “Always divisive and nitpicky”. He went on to preach that, “Nitpickiness can often be a sure sign that a person is possessed by Satan and that they should be removed from the College of Cardinals unless they withdraw their request to meet with me”.

Several days later, at a Vatican press conference, the spokesperson for the Holy See, Greg Burke, confirmed that “nobody knows what the Hell Francis was talking about”. Burke went on to state that, “even Pope Francis himself, assuming I should still call him ‘Pope’, is unclear as to what he was actually thinking at that meeting. Sometimes he still feels like the Pope, but whenever someone asks a difficult question, he feels like maybe he isn’t the Pope anymore. It is like he drifts in and out of the Chair of Peter, depending on whether or not you agree with him”.

A writer for Der Spiegel was in attendance at the press conference and asked Mr. Burke for examples of “difficult questions”.

“Oh, things like: What happens after death? Can I receive the Eucharist? What did you know about Cardinal McCarrick? Questions regarding homosexual priests, or the sex scandal in the Church. Little things like that,” replied Burke.

Some of the atheist reporters thought that was funny, but Burke, who had replied with a straight face, is not known to use much humor in his press conferences.

Vatican insider, Marlino Scapini asked how the faithful should understand this dilemma. Burke replied: “Just like all the other stuff. You need to figure it out for yourself. It’s not like the Holy See is here to clarify things or make definitive statements or anything. Enough rabbit holes. Doesn’t anyone want me to talk about the great dancing at the Youth Synod?”