An Enchanted Evening with The Clintons 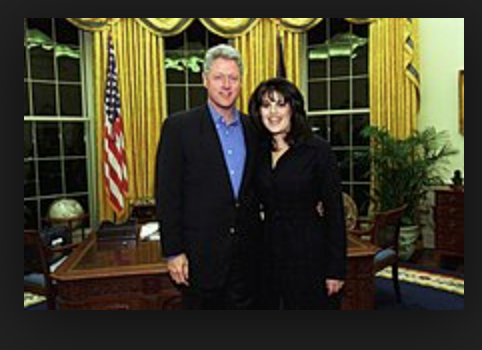 Hillary Clinton recently announced that she and her husband (which we assume still refers to Bill) are set to headline a series of live events billed as “An Evening with The Clintons”, managed and promoted by DNC chair, Tom Perez.

Though the name of the tour is widely regarded as more of a threat than an invitation by most people who actually know about the Clintons, the name was suggested by Hillary and everyone was too afraid to recommend an alternative.

Some think the tour will serve as a way for the Democratic Party to sell their message to a hungry populace. However, is more likely that the tour dates will be cancelled as people realize what the Democrats are really up to. The events are being billed as “once in a lifetime conversation with one or two people who rescued America from prosperity and international respect, and had a front seat to some of the most destructive moments in American history, overlooking the fact that these two are absolutely horrible examples of what a marriage should actually look like, but hey, it helped sell same-sex marriage to the rest of the country.”

Perez decided to go with a long description because the event itself will have little or no content at all. Basically, Hillary will complain about inaccurate surveys and polls, she’ll bash her campaign staff, and then she will turn to trashing women who say Bill has harassed or assaulted them. If Bill is in town, he will try to act wise and learned, so he can attract a few audience members back stage when he excuses himself to use the restroom.

At Bill’s insistence, the tour will start in Las Vegas, Nevada. “That was the deal breaker,” stated the former Governor of Arkansas. “Vegas is just my kind of town. It has everything I love and stand for, such as… well, we don’t need to discuss that right now, but Hillary may just do the rest of the tour alone.”

The tour will then travel to Toronto and Montreal before the end of 2018 because as Hillary likes to say, “The Canadians just love me”. According to sources close to the recent Hillary campaign, she actually thought Canadians could vote for her. She was livid when she learned that all of her campaign money spent in Canada was actually an error by a low-level campaign staffer. I reached out to the former staffer, but she has not returned my calls. Her car is still parked in her apartment’s parking spot and the landlord says that the rent is paid by the Clinton Foundation each month, but neighbors tell me that they have not seen the former Clinton staffer since November, 2016.

Tickets for the tour start at $10,000.00 per person, but Bill plans to provide special discounts for women who are willing to fill out a short questionnaire and submit a photo I.D.

Each ticket holder is guaranteed approximately an hour of Marxist propaganda laced with lies and totally useless observations by two of the most connected politicians in American politics. Perez asks that you pay no attention the fact that they are a huge failure no matter where you try to apply the lipstick.

If the tour is able to continue after the first few scheduled dates, the Clintons hope to have guests join them on stage. While Hillary has been in contact with a knife throwing act, Bill is reviewing contracts with dancers. When asked to elaborate as to why he wanted dancers, he seemed impatient and replied: “Yeah, we watch dancers. My friends and I, the boys and girls. Yes, we watched dancers. I liked dancers. Still like dancers. We watched dancers.”

When Perez was asked if he was concerned about protests, he asked,”What is there to protest?”

Perez was reminded of the #MeToo movement and the fact that Bill is known to have a large number of accusers as well as a long list of consensual “mates”. With that clarification, Perez replied, “Oh, yeah. So you think liberals are going to target a Democrat? We threw them Franken. Everything Bill does is invisible again. Hell, all Democrats are teflon now.”