The Cardinal Points His Finger 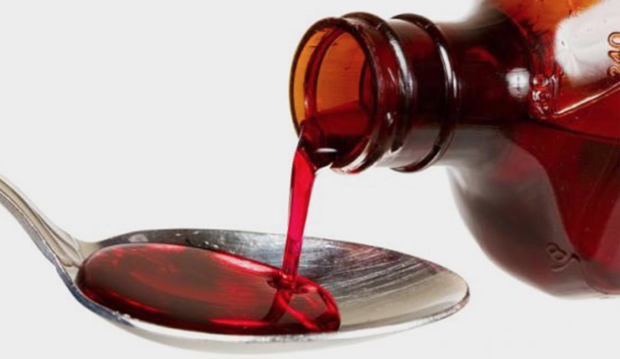 As you know, New York Governor Andrew Cuomo, a self-described Catholic, enshrined unlimited abortion into the law on the 46th anniversary of Roe v. Wade. He did so to cheers and accolades which were followed by public and state-sanctioned celebration. New York and other states which are led by liberal progressives are currently in the process of beefing up their state’s protection of abortion rights because most liberal progressives fear that the federal protection of abortion is soon to be declared unconstitutional. This way, if the U.S. Supreme Court overturns Roe v. Wade, it will have absolutely no impact on the children in New York.

Instead, Cardinal Dolan has decided to lecture faithful Catholics as to why Governor Cuomo should not be excommunicated. You can watch him do so in this televised interview. In the interview, Cardinal Dolan identified faithful Catholics as the “far right” for even suggesting excommunication. He also said He “can’t win”, which is an odd thing for a Catholic Bishop to say since he follows in the footsteps of Apostles and other saints who won precisely by being martyred. Do you think the Cardinal is a little entrenched in thinking by the world’s standards?

In the interview, Cardinal Dolan explains that the excommunication of Cuomo would actually be counterproductive because Cuomo would celebrate it and claim martyrdom. Cardinal Dolan, who describes himself as a fat, balding, Irish bishop, who has no clout, suggests that the laity can take care of the problem better than he can.

An early Christian named Tertullian wrote: “The blood of the martyrs is the seed of the Church”. Cardinal Dolan disagrees, at least with regard to the blood of Cardinals.

Cardinal Dolan accepts no calls for justice from faithful Catholics. Instead, he says Catholics are too quiet and do not speak up when politicians enact unjust laws. “Don’t yell at me”, says the Cardinal. “Look at yourselves. You’re the only ones that can do it.”

But back to the Cardinal, who claims the solution to Cuomo’s sin is solely a political one? Aside from that, Adam had similar words in the Garden of Eden didn’t he? It is almost as it if the Cardinal is intentionally trying to parody Adam’s failure to protect Eve. Unfortunately, I think he’s either blind to the irony or unfamiliar with the passage. Shouldn’t the Cardinal try to model Nathan’s courage when another political ruler secretly committed a grave sin very much like Cuomo’s very public act? (2 Samuel 12:1-15)

I think Nathan would have some illuminative words for Cardinal Dolan:

It is obvious that the Cardinal is completely out of touch with reality. That is an easy condition from which to suffer when you are deeply in touch with fantasy. There is no more powerful fantasy these days than liberal progressivism.

By passing the buck to faithful Catholics and other like-minded voters, Cardinal Dolan is not only jeopardizing the soul of Andrew Cuomo, he is scandalizing countless other souls who see his weak and cowardly ways. He is also reinforcing the ignorance of other politicians who are watching closely to see how the Church officially reacts to the “grotesque and ghoulish” acts of Catholic politicians.

The shocking cowardice of Cardinal Dolan in this matter makes me seriously wonder how he could have found the courage to publicly admit that the allegations against Theodore McCarrick were actually credible. Did he fail to recognize the fallout that would come from that announcement? Did McCarrick offend Cardinal Dolan thereby inviting his fate? Was Cardinal Dolan threatened or coerced to make the announcement? Is he now coerced or threatened to remain silent regarding Cuomo? Why would Cardinal Dolan jeopardize the carefully crafted image of the hierarchy of the Church with regard to McCarrick, yet shrink away from taking perfectly reasonable and theologically correct action toward a blatantly dissident and manipulative public Catholic figure such as Andrew Cuomo?

Unfortunately, Cardinal Dolan wants to “win” in the eyes of the world which is totally contrary to the teachings of Christ.

Then Jesus told his disciples, “If any want to become my followers, let them deny themselves and take up their cross and follow me. For those who want to save their life will lose it, and those who lose their life for my sake will find it. For what will it profit them if they gain the whole world but forfeit their life? Or what will they give in return for their life? (Matthew 16:24-26)

Andrew Cuomo has truly done a horrible thing. And in doing it he has apparently committed a mortal and very public sin. He has then compounded the severity by publicly celebrating that sin. Yet with all that, who is more culpable in this scenario, the ignorant lay person who may not fully comprehend the diabolical evil of his deed, or the learned churchman who with decades of experience in theology and spirituality, pays lip service to God while placing the blame on the faithful?