Why Should The Redefinition of Marriage Concern Everyone? 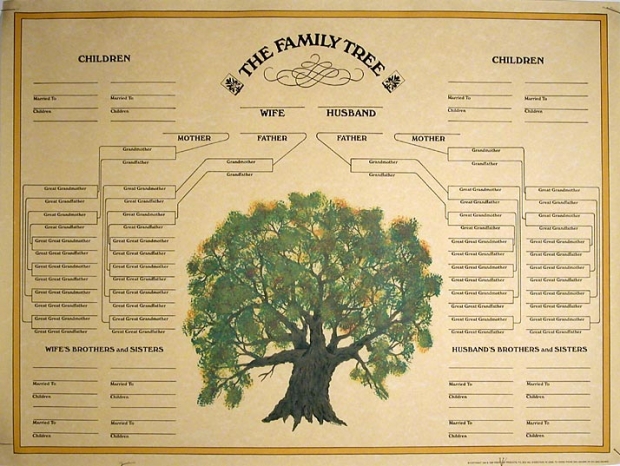 Bishop James D. Conley of the Lincoln Diocese just published an excellent article, answering a common question posed to those of us who strongly oppose the redefinition of marriage.  Bishop Conley explains that love of neighbor has been a teaching for thousands of years.  Jesus Christ Himself (a/k/a God) teaches that love of God and love of neighbor are not only the two greatest and fundamental truths, they are very closely related.  But even before the Gospel was written, there were some ancient philosophers, such as Horace, who recognized the logic of taking responsibility for our neighbors.   For most Christians, the concept of being a caring and compassionate member of a larger community is easy to understand because we believe we are all members of the Body of Christ.  But for many people, their goals and interests in life are more self-oriented because they don’t believe in a universal Church, and some have beliefs that are more in line with paganism than Christianity.  Our culture often chooses to turn a blind eye because we do not see an immediate threat and therefore fail to consider the impact a few weeks, months or years down the road.  In other words, we violate the golden rule of chess; we don’t think three moves ahead.

Unfortunately, when humans try to manipulate things like natural law, even thinking three moves ahead is woefully inadequate.  But whether you are Christian or not, it is essential that you consider the implications of the redefinition of marriage.  Clearly, one goal of the LGBT community is to not only make same-sex marriage legal, it is to make it “normal” and along with it, make homosexual behavior seem normal.  This threatens the well-being of children in our culture in very troubling ways as it alters the very reason for marriage, changing it from that which best serves our children and therefore society, to something that serves the wishes of the adults.  The common LGBT phrase, “we just want all the right heterosexuals have”, eliminates the best interest of children.

But another and less discussed way to emphasize why married heterosexuals should be concerned about protecting and defending marriage is to illustrate some of the problems that you will not hear from the LGBT community, the press, politicians or even medical professionals regarding the medical risks of homosexual behavior. I did a little of my own research on the health risks we see in the LGBT lifestyle, I found many reasons to be alarmed at the prospect of increasing the behavior in our culture:

That is a lot of statistics and information, but one of them seems to stand out to me because I never hear about it from anyone.  2(a) says that men who have sex with men have a much higher risk of developing rectal cancer than the rest of men in society.  To help you understand how significant this risk is, let’s compare it to cigarette smoking.  We all know that is a big factor in lung cancer.  In fact, cigarette cartons and packages have a government warning on them and have had such warnings for many years.  According to the CDC, people who smoke cigarettes are 15 to 30 times more likely to get lung cancer or die from lung cancer than people who do not smoke.  If men who have sex with men are 20 times more likely to develop rectal cancer, shouldn’t there be a similar effort to alert everyone to the risk?  Maybe some people think that lung cancer is so much more deadly than rectal cancer that the probability of death warrants a warning of one risk but not the other.  The CDC says:

“Of the cancers that affect both men and women, colorectal cancer is the second leading cause of cancer-related deaths in the US.  It is the third most common cancer in men and women…  Symptoms of colorectal cancer may not always be noticeable, especially in the early stages, which is why screening regularly is very important.” (http://www.cdc.gov/healthcommunication/toolstemplates/entertainmented/tips/colorectalcancer.html emphasis added)

As you can see, rectal cancer is not a rare and easily treated cancer.  In fact, it is already frequent and deadly.  It is a lot more frequent among homosexual men.  Rectal cancer is just one of the many sad risks and consequences of the homosexual lifestyle.  And while the consequences are many, this one may be one of the clearest examples of a consequence of ignoring natural law.  It is the 2nd leading cause of cancer-related deaths and the 3rd most common form of cancer in America, and few people have ever heard of it before.  Is it possible that the silence about this one fact is the result of a culture that teaches us not only to seek our own personal happiness, but to ignore or at worst, tolerate, our neighbor in the process?

So, a combination of two perspectives gives us all a reason to be concerned.  First, Bishop Conley is absolutely right, we are not only to look out for our own best interests, but also the best interests of others.  This has a religious basis and it simply makes logical sense.  Additionally, the medical evidence shows us that there is a serious medical reason to look out for our children and other family members because the decision to engage in the LGBT lifestyle is a decision to engage in reckless disregard for the person’s health.  This disregard can in many cases (way too many) lead to a life of despair and eventually, an early death.  The loss of a family member, especially a child, is extremely traumatic.

Then there are the financial aspects of health problems.  Now I’m finally talking about something Americans can agree on, right?  If it impacts our pocket book, we start getting really concerned, don’t we?    Who pays for the care of the sick and dying in a culture who’s birthrate has already dropped to the bare minimum replacement rate?  The fact is, the quality of care for the sick and dying is going to deteriorate over time because there will not be care providers, facilities or funds to provide proper care.  As what would be otherwise healthy wage-earners drop out of the work force due to cancer, HIV, depression, alcoholism, etc…, fewer young workers are coming up to contribute tax dollars off of their income.  Will America look to the same sources for young workers that France, England and other Europeans have?  You may not be aware, but several European countries have neighborhoods and towns that are “no go” areas for local law enforcement because the areas observe only Sharia law.

Therefore, you probably will care about this issue as much as I do at some point, but it won’t do you any good to start caring after your child has a medical issue or after the culture changes right in front of your eyes.  The time to think deeply about this issue and begin thinking several moves ahead, is now.  Same-sex marriage and the LGBT lifestyle are not minor and harmless alterations of our society and natural law.  Bishop Conley knows it, I know it and hopefully, you are now interested in learning more about the dangers we face.