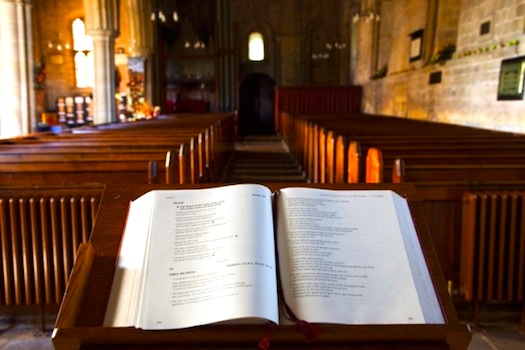 There is no denying the fact that many in our government and secular groups interpret the 1st Amendment as a sword and a shield against churches and religious institutions. Many in government believe that the state has every right to dictate what a church or religious institution can and cannot do and say. These same people often claim that the state is protected from any advice, suggestions, responses or rebukes from the church. Such government officials are simply wrong.

A lot of churches, pastors and preachers, feel like they have to avoid any mention of political issues for fear that their tax exempt status could be revoked if they deliver any message that is considered political. Caution is good, but being too cautious plays right into the hands of the secularists. While there are situations when a violation can happen, it takes a very blatant action to violate the current law. That will change if Hillary Clinton is elected as our next president as we have every indication that she places no value on religious freedom in America. Regardless of what the future holds, right now there is a lot that a church, pastor, minister, etc… can say and should say right from the pulpit, in the official newsletter of the church, etc…

I think the churches and religious institutions need to speak their peace while they are still able to do so.

The current IRS regulation can be summarized like this: If a Church is a tax exempt organization, known as a 501(c)(3), it may not participate in, or intervene in (including the publishing or distributing of statements), any political campaign on behalf of (or in opposition to) any candidate for public office. The key word in this is the word “candidate”.

*This blog discusses U.S. Code of Federal Regulations which are only applicable within the United States. Additionally, laws can change at any time. Therefore, you should always consult your own attorney and have your attorney advise you as to the current language of the law before determining your actions and statements.

In the current presidential race, we have Donald Trump, a very flawed man who nonetheless has said he will defend religious freedom, defend life and appoint wise and skilled Supreme Court judges to the bench that are also pro-life and respectful of the Constitution, including the 1st Amendment freedom of religion.

On the far left, we have Hillary Clinton, who is a profoundly flawed woman. She says Americans need to change our religious beliefs and her Vice President hopeful Tim Kaine, (a deeply deceived tool of the culture of death) has promised that the Catholic Church is going to change its teachings to fit with Hillary’s preferences. That is quite the promise since he appears to know very little about what the Church teaches and why the Church teaches it. Meanwhile, Clinton has spoken against states who passed or tried to pass Religious Freedom Restoration Acts that were modeled after the Federal RFRA her husband signed into law when he was the President. Her staff is currently involved in a secret (now exposed) attempt to violate the separation of church and state as well. Clinton also encourages more access to abortion, even late term abortion, as well as taxpayer funding for abortion. Clinton has failed in her previous leadership roles, such as a very lackluster performance as a Senator for New York and her deadly abandonment of 4 Americans in Benghazi when she was the U.S. Secretary of State, not to mention her incompetent mishandling of emails before she resigned as the Secretary of State.

But no church, minister or church official, can get up and talk about those things during the Sunday service or at any other official function of the church. This is because these things deal with candidates and to compare Hillary Clinton’s vast and catastrophic list of failures to Trump’s rudeness and vanity, is to endorse Trump, which would violate the tax code.

But what about issues on the ballot?

Churches, ministers and other church officials can tell people to vote to retain the ban on the death penalty. This is because the issue does not involve a candidate. Therefore, a priest could take his Sunday homily explaining why the death penalty is unnecessary in Nebraska and why it is morally sound to vote to retain the ban on the death penalty. For instance, the priest could point out that one serious reason for the death penalty is to make sure the most dangerous murderers cannot escape prison and resume murdering again. He could then explain the unlikely odds of a maximum security prisoner, escaping from prison with today’s technology and security. In other words, the Nebraska Prison system is perfectly capable of keeping murderers locked up and separated from society. He could also suggest that one of the most significant penalties is to be sentenced to a life sentence with no hope for parol. Some people reasonably believe that it is more punishing to live in prison for years or decades without any chance of parol, than it is to spend several years on death row before being executed.

He could share these thoughts, as well as facts and opinions in the church bulletin and he could sign a letter to the editor and publish his explanations in the newspaper. He could hold a meeting at the parish hall during which he encouraged everyone to vote fully pro-life from natural conception to natural death, which means that the voter would not vote for a candidate or an issue which supported abortion, contraception, sterilization, euthanasia, assisted suicide or the death penalty. This is because these are all part of an issue, not an actual candidate.

And what about the general issues that are always part of the moral and cultural fabric of society, such as abortion, drugs, marriage, divorce, gender ideology, etc…?

These are fair game from the pulpit as well.

A lot of churches get criticized for not talking about these things through the pastor’s sermon, in the bulletin, in the newsletter or in meetings. I don’t criticize anyone, but I do encourage more vocal and written leadership from the religious leaders on the issue of life, religious freedom and marriage & family. I  hear priests talk about these things and I see a lot of priests and nuns as well as some non-Catholic ministers at pro-life events. Therefore, my encouragement is for those who have not been as vocal or as active. A lot of people are out there who need accurate information with which to form their conscience. We need to learn how to discuss and discern these issues with courage and confidence and we benefit when we see and hear our religious leaders doing just that. If you are a minster or a church leader but lack the confidence to speak these truths to your congregation you could certainly have pro-life and pro-family speakers and groups provide talks and materials to your church. Most of these speakers and groups do so for very little or no cost and they can help you deal with church members who complain about the message.

Soon, you won’t be able to do either, so don’t waste any time in getting started.

*This blog discusses U.S. Federal Regulations which are only applicable within the United States. Additionally, laws can change at any time. Therefore, you should always consult your own attorney and have your attorney check the current language of the law before determining your actions and statements.