If I wanted my kids to go to Hell, I’d send them to…

Posted 4 years ago by Bob Sullivan 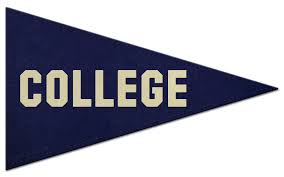 From time to time, I deliver talks to groups of Catholics. I’m not in high demand (that’s a shocker, I know), but I have probably spoken on a dozen or more topics over the past year.

A little over a year ago, I said something in one of my talks that caused a little scandal. The main message in my talk was the fact that the Catholic faith is under significant attack in the U.S. I talked about dishonest anti-Catholicism in the media, government and education. I’ve come to learn that there are a lot of Catholics out there who love the faith and trust the Church, yet they pay little or no attention to the dangers to the faith in America today.

In my talk, I informed the audience (most of whom were required to be there so their disinterest was thinly veiled) of the problems we are facing in higher education. We have colleges and universities who no longer believe in objective truth. This causes them to value most opinions and ideas equally, regardless of reality, reason, logic, etc… I told them that this is a problem when we send our teenagers off to college, but it is even a larger problem when we send them off to a college that merely identifies as Catholic without remaining faithful to the Catholic faith. I explained that we are not surprised that some or all of the secular colleges and universities follow the trends in our culture, but we expect Catholic schools to remain faithful to the teachings of the Catholic Church. Unfortunately this is not the case. Most of the large “Catholic” colleges and universities are just as secular as Stanford, the University of Missouri, Columbia, etc… This catches some people off guard. There are parents and students who are surprised at Notre Dame’s efforts to buddy up to the culture. It is the same with Georgetown, Loyolla Marymount, Gonzaga and many more purportedly “Catholic” colleges and universities across the country.

I happen to live in Nebraska and I happen to have attended the only “Catholic” university in Nebraska, which is Creighton University, a Jesuit institution. So I used Creighton as an example of the dangers these schools pose to young students. To make my point, I said, “If I wanted my children to go to Hell, I would send them to Creighton and tell them to believe everything they teach them.”

I could get angry about the apparent fact that people have ignored a key part of what I said or have taken my statement out of context (possibly to serve their own agenda). But then I consider that even the inaccurate recollection of my statement, may cause some people to consider whether or not a nominally Catholic school is the right choice for their Catholic child (and their money).

When it comes to extremely poor Catholic witness in higher education, the Notre Dames, Georgetowns and Seattle Universities of the collegiate world are evident to anyone who cares to look. Is it fair for me to lump Creighton in with these large beacons of untruth? Here is why I think it is:

At the time I made my statement, Creighton had just announced that it would extend health coverage benefits to the same-sex partners of their employees (those with marriage certificates). Should people within the LGBT community have health coverage and health care? Absolutely. Should their lifestyle choice be encouraged and supported by an institution that claims to be Catholic? No. These employees should be given the facts about the health risks that go along with homosexual behavior and they should be offered services that help them resist the desire to engage in a very unhealthy (medically and spiritually) lifestyle. I had written-to-the-president-of-creighton (Fr. Tim Lannon S.J.) several months earlier, to help him understand the grave error he was making. Fr. Lannon replied-to-my-letter with a response that evidently went out to everyone who had written to him with concern. It appears nobody (most especially Fr. Lannon) had actually read my letter which detailed the heightened cancer risks, mental illness and other disorders that are present at a much higher rate in the LGBT community than in the general population of the U.S. I suspect Archbishop Lucas received a nearly identical letter after-he-published-his-disagreement with Fr. Lannon.

Creighton has also employed at least two “theologians” (Todd Salzman and Michael Lawler) who teach theories that are rife with error. So much so that the United States Conference of Catholic Bishops issued an official-correction. That is serious stuff. Creighton didn’t flinch. Salzman and Lawler are still on the facutly at Creighton.

Creighton sponsors a student group called Gender and Sexuality Alliance which promotes the homosexual lifestyle. Creighton’s Community Health Center’s website links to the Planned Parenthood abortion clinics in Omaha as well as Council Bluffs, Iowa. There are other problems at Creighton as well, but these are the most prominent. This is why I made the remark. We expect these things at secular schools, but not on schools that claim to be Catholic.

This is accessed from the Creighton University Creighton Community Health Center web page.

Why would a Catholic parent send his or her child to an institution that promotes such a conflicted message and example? Because no other options are out there? I think not. There are extremely good Catholic colleges and universities ready to accept high school graduates. More on that later.

Also, please note that I’m not saying Creighton is the worst of all of the larger Catholic schools in the U.S. I believe there is much worse out there. I just selected Creighton because that is from where I received my degree, I deal with them most frequently and it is located near me.

Thankfully there are some very gifted and very honest teachers at all the Catholic colleges and universities (including Creighton). And it is possible for a Catholic college student to receive an excellent education at many of these institutions while at the same time retaining their Catholic faith. But there is a dangerous game being played by many of the people involved with the nominally Catholic institutions, and they do it with manipulation and a thinly veiled disguise called “social justice” (note Fr. Lannon’s letter which is linked above). A student who may have looked at something critically on a secular campus and avoided the message, may be caught off-guard on the “Catholic” campus because there is a presumption that the spiritually (and physically) dangerous stuff is probably not going to have a place on the “Catholic” campus. But they might get invited to a party co-sponsored by the Gender and Sexuality Alliance student group, they might get a referral to Planned Parenthood by the campus health clinic or they might end up in a theology course in which the instructor teaches very un-Catholic theology under the guise of a progressive understanding of theology. If the student’s guard is lowered and if the other students around him or her are also relaxed about the experience, a young Catholic can end up with a very distorted understanding that is based only in feelings and has no relation to truth and reality. This is especially true if the student’s parents have not warned him or her about the potential threats that will be present on college campuses, even Catholic college campuses. But that is also assuming the young student would be concerned about the warning. On top of this, the student may have a President of the college who happens to be a priest, delivering a vague and blurry statement as to how the Church should deal with individuals who are dealing with same-sex attraction.

About 80% of Catholics who end up leaving the Church, do so by their-23rd-birthday. Please read the previous sentence one more time. I ask you to do this because people get that statistic wrong on a regular basis. It does not say that 80% of Catholics leave the Church by their 23rd birthday. It says that most Catholics who fall away, do so by their 23rd birthday. It isn’t 80% of all Catholics, but it is still a huge number. So now that you should correctly comprehend the statistic, I ask you this: Why would you send your kid to a school like Creighton at a time in your child’s life when he or she is not only at a higher risk of losing his or her faith, but when the institution is going to be offering a very confusing message about what the faith actually teaches? I think it is a bad idea if you want your child to keep his or her faith. If your child’s salvation is of no importance to you, there is no issue here. You can send your child anywhere you want without any concern. But if you would like your child to remain Catholic, sending your child to a large “Catholic” college is a serious risk to their eternal life.

Luckily, there are a large number of authentically Catholic colleges and universities in the U.S., who offer a very high quality education without all the mixed messages delivered by the institutions who are Catholic in name only.

So once again, I say, “If I wanted my children to go to Hell, I would send them to Creighton and tell them to believe everything they teach them.”

If you care about your child’s eternal salvation, there are a few easy resources that will help you avoid the schools who might pose a veiled and very dangerous threat to your child’s faith. Check out the following resources:

Support the schools who remain faithful to Catholicism. Reject those who are not.

In a bit of a summary: If you have a child who is going to attend classes at Creighton University, is attending, or (like me) who has attended. He or she is not going to Hell. Hopefully I’m not either and if you are a big fan of Creighton, shame on you for wishing that upon me ;-). But you can help this student or alumnus by encouraging them to look past the theological misinformation they probably received at the large Catholic schools such as those I’ve noted in this blog. Give them some materials by Peter Kreeft, Scott Hahn, Jeff Cavins, Fr. Michael Schmitz, Fr. Sean Calloway, Fr. Larry Richards, and other Catholics who teach what the Catholic Church also teaches.

4 years ago No Comments