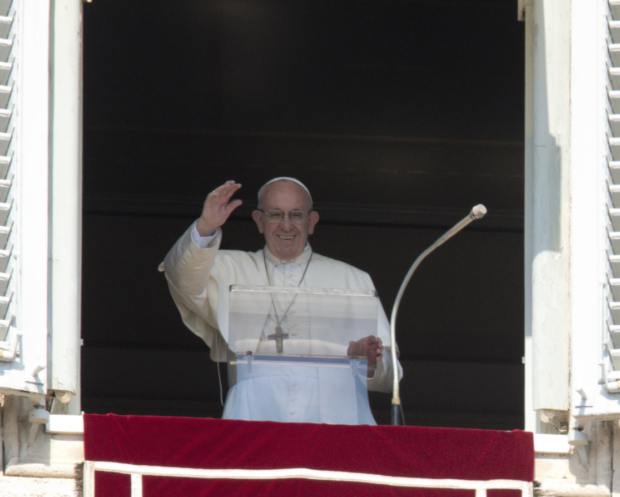 A new survey by the Church Pew Research Center shows that 20% of Heaven still says it has a somewhat favorable view of Pope Francis. That is down sharply, however, from early 2015, when 4 of 10 saints saw him somewhat favorably. It puts Francis on a par with controversial Benedict IX, who, according to Pew, was seen somewhat favorably by 19% of saints before he was removed from the papacy by the Holy Roman Emperor Henry III in 1047.

According to unnamed sources, St. Benedict and St. Francis have a “friendly wager” on the final popularity tally for their two namesakes. We reached out to St. Francis, but his press secretary, an angel who would only identify as being a Seraphim, informed us that St. Francis “will not say one word on this”. When asked if this silence had anything to do with his famous teaching that one should “preach always and if necessary, use words”, the angel replied, “St. Francis never said such a thing. This false quote is the invention of a 19th century writer who rejected the Gospel”.

In a popular Gelateria just inside the pearly gates, a saint, who requested anonymity, said that although she saw this coming, she was still hopeful that prayers will change the Pope’s course. She said, “That Our Father bead at the beginning of the rosary isn’t just for looks. Use it while there is still time”.

We caught up with St. Peter Damian and St. John of the Cross after their weekly tennis match. St. Peter Damian said that he had high hopes for the Pope, but he simply isn’t delivering. He said that if he was still on earth, he would be cracking heads together instead of patting immoral priests and bishops on the back. “He’s patting them straight to Hell you know”, he said as he shook his head in disgust.

St. John of the Cross said that he needed to contemplate the matter more, but recommended that we should talk with St. Catherine of Siena. He added, “I hear she is hoppin’ mad over all of this”.

Just before press time, though we could not confirm it, some sources said that St. Francis had an upcoming meeting with St. Thomas More to see if there was any way to change his name.