Posted 3 weeks ago by Bob Sullivan 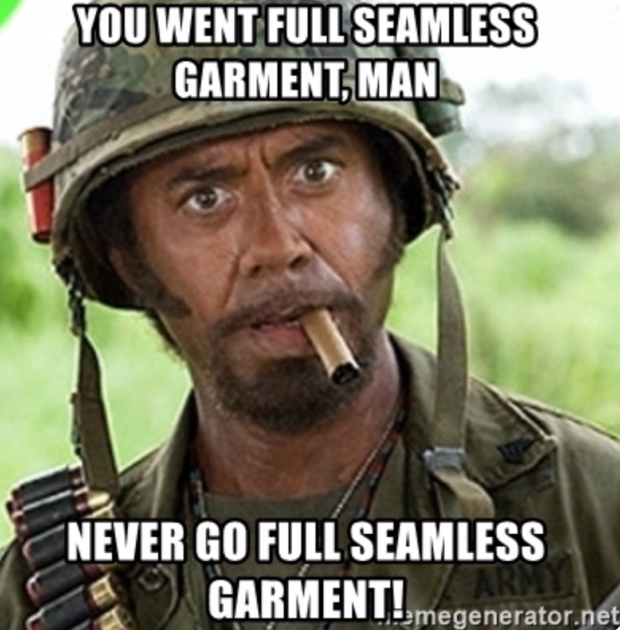 A few days ago, Monsignor Paul Garrity, the pastor of a parish in Lexington, Massachusetts, posted something foolish on Facebook. Unfortunately, the foolish post was an honest look into the man’s soul, not some sort of slip-up or momentary lapse of restraint. In an effort to highlight the errors in this man’s reasoning, I will post his exact words (unless otherwise mentioned), then address each phrase (in bold) with clarifications and references to Catholic teaching:

“I AM PRO-LIFE AND SUPPORT JOE BIDEN”

This is like saying you are a Patriots fan and root for their opponents in every game.

This is contradictory from the start. In order to be pro-life, one must trust God to make the ultimate determination between life and death, from the moment life begins (fertilization of the ovum) to the moment of natural death. As we all know, the “woman’s right to choose” is just a word salad which means that you support abortion. Supporting abortion disqualifies you from the pro-life population of society.

“I will vote for Joe Biden for President because I believe that Joe Biden is Pro-life like me.”

He isn’t pro-life. And since you say you support abortion, neither are you Monsignor. So in a sense, this sentence is actually true, though poorly written and poorly conceived. Joe Biden is pro-abortion and if you are like Joe, you are pro-abortion.

“I believe that any woman who becomes pregnant should have the right to choose to give birth to her baby.”

What an interesting sentence. It is as if there are laws and regulations in place, which prohibit pregnant women from giving birth. Is this China, where such laws actually do exist? No, this is the United States, where no laws prohibit giving birth, but there is a big law which allows doctors to kill babies in the womb. So here, Monsignor Garrity seems to have forgotten to finish his sentence. What he obviously meant to write is this: “I believe that any woman who becomes pregnant should have the right to choose to give birth to her baby or to have an abortion.” That’s what Joe Biden believes too. But this is totally contrary to what the Catholic Church has consistently taught for a long, long time, even long before Monsignor Garrity came along and decided he knew better than the Church, Scripture, and Christian tradition.

Monsignor Garrity’s truncated sentence then sets up for a serious whitewashing of his deformed conscience. He goes on to list a number of things which all pro-lifers agree with, and here, I will paraphrase to save some reading time: He lists things like prenatal care, food, shelter, emotional and financial support, opportunity to thrive.

Every pro-life advocate worth their weight in salt already agrees with those things. What we don’t agree with is a priest who tries to cleverly frame the abortion issue as though one can be pro-abortion and remain a faithful Catholic. In order to keep his heterodox message within a frame which seems Catholic, he repeats his underlying premise, which is a very flawed premise:

“I am pro-life and I believe that every woman who becomes pregnant deserves to have the freedom to choose life.”

This is the United States, and this right is not only stated explicitly in our Declaration of Independence, it is considered a fundamental right by everyone. Well, except those in the abortion industry, and the useful idiots who the abortion industry uses to support abortion. Because of this, there exist absolutely no laws which prohibit any pregnant woman from giving birth. It is obvious that Monsignor Garrity is either being intentionally misleading or he is living in China.

“This is what I believe Joe Biden believes and is one of the many reasons that I will vote for him in November. I believe that Catholics and others who believe as I believe should elect Joe Biden to be the next President of the United States of America’s, [sic] a country that has the resources to provide hope and a future for all babies”.

Total word salad. He clearly did not proofread or contemplate these two sentences at all. They are not even worth much analysis other than to say that there is no pro-life advocate who does not want society, including civil government, to do all we can to protect innocent life.

“The beauty of a newborn babies [sic] are [sic] a reflection of the beauty and goodness of God and should propel us to do all that we can to help expectant mothers to choose life.”

For starters, as a Catholic priest, it would help expectant mothers to choose life if you preached and spoke with truth and with faith in the Catholic Church. When priests go rogue and start aping secular thought and abandon reason, everyone suffers. Honestly, if you don’t believe in what the Catholic Church teaches, there are plenty of pseudo churches and organizations who would love to have an ex-priest help them mislead people.

Then Monsignor Garrity offered his apology. But he didn’t. The Monsignor has not admitted he was wrong to think that he could be in favor of abortion and still be a faithful Catholic, and he never said he was wrong to speak against the teachings of the Catholic Church in his official capacity as the pastor. For his Sunday homily which was livestreamed on Facebook, he said:

“This past week I had an experience of taking up my cross and following in the footsteps of Jesus as I dealt with a Facebook post that I had made that was probably misunderstood. I have apologized to those people for the misunderstanding.”

There is no way to spin this to come up with a scenario in which Monsignor Garrity is now walking in the footsteps of Jesus. We can’t reject Jesus and then claim that fraternal correction is a valiant cross we now carry as we try to explain why our rejection was nothing more than a misunderstanding. That’s not carrying a cross, that is handing the cross to someone else.

Elsewhere, such as in his response to the Catholic News Agency (CNA), he continues to speak in inexact terms instead of being straightforward. For example:

In his email to CNA, he is reported to have written:

“I believe that it is a tragedy when a woman of any age decides to end her pregnancy prematurely.”

Even pro-abortion advocates will often admit this same thing, so this should not be considered to be a profound statement from a Catholic priest. You believe that God is one; you do well. Even the demons believe—and shudder. James 2:19

Then Monsignor Garrity goes back to justifying his statement instead of apologizing:

“[Catholics] are also told that we should not be ‘single issue’ voters”.

Here’s the thing. Catholics, especially priests, pastors, bishops, lay leaders, and every other Catholic, cannot focus on the forest and overlook the trees. That is what Monsignor Garrity and other Catholics who subscribe to the seamless garment theory are doing when they suggest that making abortion the preeminent issue of the day is “single issue” voting. Reading minds and hearts is not good business for anyone, especially those who are in charge of shepherding souls. I personally know a large number of pro-life advocates, and I read and listen to books, articles, and talks by leaders in the Church and within the pro-life community within the Church (and outside the Catholic Church). I have never heard anyone state that we should ignore the poor, the immigrant, the widow, the hungry, and focus solely on the unborn. In fact, most pro-life messages, especially the messages which are embraced by pro-life advocates affirm that all life is precious.

I can certainly understand why those on the outside of the pro-life movement may reasonably begin with the assumption that pro-lifers are deeply focused on the unborn and either don’t care about any other moral issues or give only a passing glance to other moral issues, but this can only be an honest perception if the person draws that conclusion and refuses to look and learn any further.

Monsignor Garrity went on to state that he is:

“…committed to upholding Church teaching regarding the sanctity of life from the moment of conception until natural death.”

Again, this is not an apology, it is another sidestep. People who subscribe to the very sneaky seamless garment theory can easily make this statement. However, they can just as easily have the mental reservation that all moral issues are equal in their gravity. Since Roe v. Wade and the power of the culture of death has taken over the United States, this is simply not the case. Abortion is the preeminent issue for voters, but not the sole issue. This means that we can and should take many other issues into consideration at the voting booth, but when one candidate is an ardent supporter of abortion, and the other is an ardent supporter of overturning Roe v. Wade, it would take an enormous amount of certainty on most, if not all, other moral issues before one could cast a vote for the abortion supporter.

In November, the presidential ticket has a true champion of life in President Trump and a true champion of abortion in Joe Biden. On other moral issues, there are clear champions as well. Trump is the champion for family and religious freedom. Biden is the champion for continued racial divide, riots, defunding police, restriction of individual freedom, violations of the constitution, and giving a free pass to liberal progressives while degrading and misleading Christians.

Monsignor Garrity should take another run at apologizing for his flawed understanding of reality and Church teaching. This is what he should now say: I am sorry for ignoring the fact that abortion is the preeminent issue for Americans today. I am sorry I wrote a very biased post which did not represent reality by framing the issue so I could allege that pregnant women do not have the right to give birth to their children in the U.S. I was foolish to describe the situation as though I lived in China. I am sorry for presenting a heterodox view of morality, because I am Catholic, and especially because I am a Catholic priest. I am resigning from public ministry so I can take adequate time to read Scripture, the writings of St. John Paul II, and other orthodox sources on the issue of life as well as the truth of the teachings of the Catholic Church. Please accept my apology and pray for my soul.

I could get behind such a sincere apology, and it would be his first apology since his inane Facebook post, which he has now wisely removed. Removing the post from social media is one thing, removing the disordered thoughts from his mind and soul is another. This would be greatly facilitated if he made a sincere (actual) apology and a good confession.

3 weeks ago No Comments