How to Visit a Progressive Echo Chamber 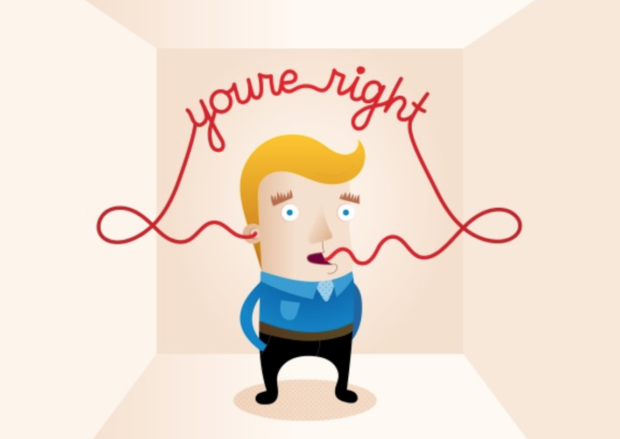 I noticed an interesting social media post the other day. Someone was angry that another person was posting something about being transracial in reference to the Rachel Dolezal fiasco. If you don’t recall, Rachel Dolezal, who is of European descent, claimed to be an African American woman. She even landed a job as the head of the Washington State National Association for the Advancement of Colored People (NAACP) while claiming to be of African descent. Eventually, even her parents publicly stated that she has absolutely no African heritage as they are both of European descent with no known African connections in their lineages.

Once people learned that she was only posing as an African American woman, she was fired. Then she wrote a book about her transracialism in which she mentioned being on welfare. It turns out, she did not qualify for welfare when she was receiving welfare funds, so she has now been charged with welfare fraud and faces prison if she is convicted. I wonder if she will tell the jury that she identified as a person who qualified for welfare.

I have been writing some satire lately, but in all honesty, this is not a satire piece.

In the social media post I noticed, both of the people in the post were decrying transracialism. One of them thought the other was promoting it, but that was a misinterpretation of what the first person had posted. The interesting thing is that both of them are big LGBT supporters. Based on their support of the LGBT, it is reasonable to presume that they believe that a person can be transgendered (i.e. biologically male, but have internal feelings that they are actually a female).

So I posed a question:

“This is a great opportunity to clarify something. If a man can identify as a woman, claiming a female gender and thereby expect everyone to agree that he should be regarded as a female, why can’t a person identify as another race, claim that race and expect that everyone should regard that person as the race they now claim? I’m not arguing for or against it mind you. I’m just curious how people can explain this.”

The replies were fast and furious.

A person named Hillary stated: Because medicine has proven that transgender is real. There’s scientific back-up for it. I haven’t seen a single doctor come out and say transracial is a thing.

Robin stated: no this isn’t ! This isn’t even remotely the same thing. Please educate yourself on the history of systemic RACISM in this country and skin privilege. I have neither the energy nor the inclination to do it for you.

Then there was this gem:

I’ve heard the same argument from many abortion activists, only with the abortion activists, it is: “You are a man and you cannot get pregnant, so you have no say in a woman’s right to have an abortion”. It is interesting to see that the abortion industry and the LGBT community share their playbook. Things get a little jumbled when some in the LGBT community start talking about men having babies and women who can no longer get pregnant because of gender reassignment surgery.

Then there was this:

Busted. Once identified as a lawyer, they presume I cannot offer any truth. The only problem is, I was the only one requesting actual medical and scientific sources. Also, I wasn’t trying to make anyone dance, I was only trying to encourage them to think.

Richard posted a website from the U.K., which suggested that transgenderism is a scientific fact. The site stated: “Gender dysphoria is a condition where a person experiences discomfort or distress because there’s a mismatch between their biological sex and gender identity.”

I noted that there was no reference to any scholarly articles, medical studies, or medical publications. In other words, Richard found a website he liked, and he wanted me to believe it because it was on the internet. In reality, the link supported the fact that gender dysphoria is a feeling or a social construct because it used circular reasoning in its own definition. Note that the quote says gender dysphoria is dependent on gender identity. The link was nothing more than junk psychology.

This made several people angry, which led to this:

As usual, because I was not obedient to her position, I was blocked. Also, I never mentioned faith, the Bible, or any religion in the short discussion, so who knows why Catholicism was brought up. Oh well.

The moral of this story is: You can actually have a bit of a discussion with people who wish to reject reality. At first, they try to belittle you and claim that you are ignorant of science and medicine. But that gives you the opportunity to educate them with science and medicine. Of course, that causes them all sorts of agony, so they usually shove their head in the sand, but at least you get a little truth to bounce around in their echo chamber for a little while. In doing so, you may be able to show one of their friends that the echo chamber isn’t all it’s cracked up to be. Just have confidence in the truth. Gender ideology is as fictional and false as transracialism.