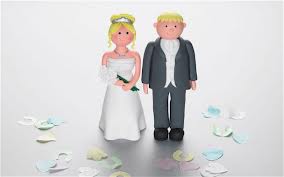 The rest of the Top 20 flaws in Bishop Robinson’s book.

Marriage exists to bring a man and a woman together, in a committed, monogamous, permanent, relationship in order to create, nurture and educate any children with whom they are blessed. Marriage has always been, and will continue to be the least restrictive means of providing order to society and ensuring that the best interests of the child are observed. Marriage provides us with the best opportunity to ensure that every child is cared for and educated by his or her biological mother and biological father. Traditional marriage isn’t perfect, but it is better than most people think. As I mentioned in #18 above, the actual success rate of marriages in the U.S. is better than 50% and marriages in which the man and wife are both committed to their Christian faith, the success rate is significantly better than 50%. Even LGBT activists and lobbyists still agree that the best environment for any child is provided by a loving home with the child’s mother and father.

So what do we do about all of this in light of Bishop Robinson’s misleading book and the constant rhetoric we hear from the LGBT activists and lobbyists? I’ve got some ideas that I’ll share with you in my final blog in this series.