Posted 4 years ago by Bob Sullivan 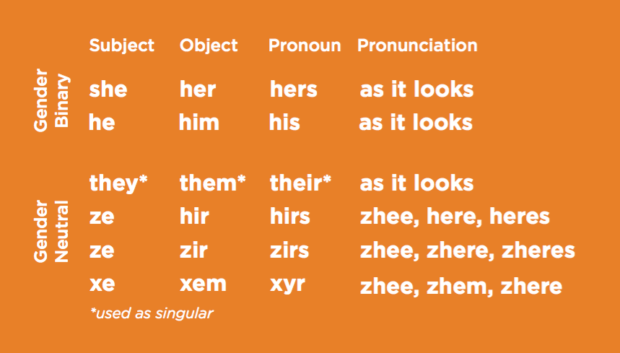 I was recently involved in a discussion with a friend of mine. The topic of the discussion was the current condition of the culture in the United States. That is a broad topic, but this blog stems from one specific part of that discussion: The progressive demand.

My friend is a progressive. I don’t know if he would really identify himself as a progressive, but he should. To call him a mere liberal would be like calling Mt. McKinley a big hill. And even if he does accept the title “progressive”, he would never admit what he really demands from the rest of the society. To a progressive, the only thing they want is progress. Any progress is good to a progressive, no matter the cost and no matter where the progress will lead us. The ultimate demand of the progressive is always: “more”.

During the conversation, I said that the day is soon to come, in which we will not be able to call anyone a woman. I predicted that we will soon have laws that require us to address people with a gender neutral title. My friend thought that was ridiculous and challenged me to cite an example of such a law. It took a quick internet search to locate a new law from the New York City Commission on Human Rights, which prohibits unlawful “discrimination” in public accommodations, housing and employment on the basis of gender. The law requires you to address a person as ze or hir instead of him, her, Mr., etc…, if he or she tells you to do so.

A customer may look and act like a woman, but “feel like” a man at any given moment. If such a person is shopping at a store and tells the sales clerk she would like to be addressed as a male (or ze), the sales clerk is legally obligated to do so. Failure to follow the law could result in a fine of up to $250,000.00 against the business. The message to New York businesses: Train your employees to be highly affirming regarding the gender identity and gender expression of customers. If you are hiring new employees, be careful not to hire anyone who may not be affirming or you run the risk of being shut down by heavy fines.

The NYC Commission on Human Rights is taking a very aggressive stance on feelings. There are all kinds of ways to violate the law and therefore, lose your privelege to own a business in New York City.

But if you think the New York City law is crazy, wait until you look North to Canada. Canada’s House of Commons is in the process of trying to pass a law that could send you to prison for up to two years if you fail to address a person by their preferred name, pronoun and title. Of course it is already unlawful to “discriminate” against a person based on the person’s sexual preference, so to Canadian lawmakers, this new law will not be much of a stretch.

Thankfully, neither of these laws are on the books in Nebraska. Yet. I say yet, because this is what progressives want. They are not content with laws simply recognizing certain behaviors and lifestyle choices. They want laws that force people to affirm the feelings of the people who engage in certain behaviors and lifestyle choices. If you affirm them now, you will be required to affirm them much more enthusiastically in the near future. Then they will add new things to affirm as time marches on.

Is it hypocritical to preach that tolerance is essential, then to turn around and criminalize the request for tolerance? This is what the Canadian Human Rights Act is attempting to do and that is what the New York City Commission on Human Rights has done. They are requiring everyone to affirm the feelings of people who suffer from gender identity disorder but they absolutely reject the feelings of people who believe reality is more important than fantasy.

When a group identifies as a “human rights” group, you can be confident that they are only interested in some humans’ rights. If you believe that a person’s biological makeup determines their sex and therefore, their gender, these “human rights” groups have no interest in your rights. Are they therefore recategorizing you into something less than human? It seems so. If they can redefine “gender”, they can certainly redefine what is to be considered human. Heck, the abortion industry got a lot of mileage out of that ruse until David Daleiden’s videos came along, showing the world that even Planned Parenthood knows the preborn babies are human. Prior to last spring, you could not have gotten anyone in the abortion industry to admit that the fetus was anything more than a “lump of tissue”. But now we know that their mantra was nothing more than a stringent marketing plan. But beware. The “human rights” groups are soon to demote you to something less than human, or at least a lower form of human, if you disagree with their stance on human sexuality.

Nebraska’s lawmakers have successfully rejected SOGI laws in the past few years, but not with an overwhelming majority. I am hopeful that more of Nebraska’s State Senators will see the hypocrisy behind these laws so lobbyists like the Human Rights Campaign will go elsewhere with their agenda. Maybe Nebraska can survive as one of the last safe havens for common  sense in the Western hemisphere.

4 years ago No Comments