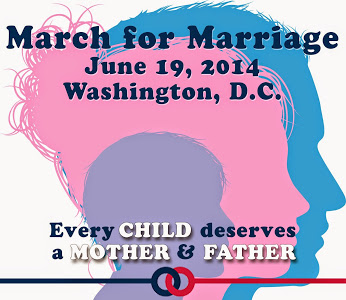 Yes, Wacky Nancy has spoken once again. This time, she is telling Archbishop Cordileone that he should not speak in favor of traditional marriage at the upcoming March for Marriage in Washington, D.C.

Actually it isn’t just Wacky Nancy the Popette, it is a whole cast of progressives who have very fragile feelings and need total acceptance and tolerance at all times. If at any point a feeling gets hurt or even if a person suspects a feeling may get hurt, the progressives snap into action by taking Pope Francis’ words out of context to try and reign in things they see as terrible. In the progressive’s simple mind, things like common sense, wisdom and the truth are terrible.

There really isn’t anything new in the rhetoric the progressives are using. It really just boils down to this: If you believe that the best family scenario is a home in which the child lives with his or her father and his or her mother, you are a hateful bigot who must be silenced (in other words, marriage is between one man and one woman as defined by God). You can try to set the record straight all you want by emphasizing that you are simply pro-marriage, but the progressives won’t listen. It won’t matter one bit because the progressives have already judged you and found you guilty of hate, bigotry, intolerance, prejudice, discrimination and closed-mindedness. The more you talk, the more they will take your words out of context and edit them until they seem to support the judgment they have handed down on you. The better and more persuasive your arguments, the louder they shout. In fact, you know you are making a really sound argument when they scream and write letters and call you names.

Here is what you need to know: The politicians, college professors and others who call themselves Catholic, yet speak out against Catholic teachings are just charlatans. they have to call themselves Catholic because nobody else will (except CNN, NBC, ABC and CBS, who aren’t really sure what Catholic means). The charlatans pose as something they are not because they hope to confuse people and mislead people into believing that they possess a knowledge and credibility that they simply do not possess. After all, it worked on the mainstream media, right? It is nothing more than politics, propaganda and pure evil. Wacky Nancy, the most comical caricature of a Catholic in American politics, is playing to the progressive crowd because she feels it serves her best chance of getting re-elected. The other progressives who sign ridiculous letters of dishonesty and ignorance also see it as job security, publicity and a way to further their own personal interest in one way or another. Rest assured, you and I are the last people they are concerned about.

Above all, know that Archbishop Cordileone and many other brave Americans are putting the truth ahead of their reputation, their financial security and probably their personal safety. These courageous Americans need to hear from you. Call their office, email them, write a blog, share something supportive on your social media, or mail a letter if you still have one of those old-fashioned things called envelopes laying around (don’t forget the stamp).