The Vote Heard Round The World 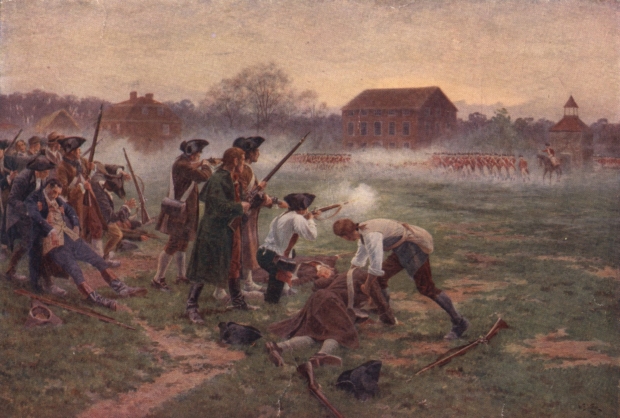 Our country dodged a bullet, or actually, diffused a ticking time bomb, by sending Cultural Marxism, Hillary Clinton and the Democratic Party (all three are interchangeable) to their corner. Excellent job America!

Unfortunately, it is a temporary situation. The DNC is already scheming for the next election. The likes of John Podesta, George Soros, corporate powerhouses like Goldman Sachs and Time Warner are not going away. They are entrenched, determined and have the supporters, protectors and enablers of President Obama, Michelle Obama and the Washington establishment to help them. On top of that, they all have all the old familiar mouthpieces such as Donna Brazile and Andrea Mitchell just waiting to get to work through the propaganda wing of the Democratic party which includes, but is not limited to: CNN, NBC, CBS, ABC, the New York Times, Hollywood, the NBA, the music industry, etc… Cultural Marxism is not simply going to go away.

What is Cultural Marxism? For a brief overview, this article will get you started. For a more in-depth discussion, watch a documentary called A Wolf in Sheeps Clothing and for a much better understanding, read The Devil’s Pleasure Palace by Michael Walsh.

On top of the entrenched Cultural Marxism in the Democratic Party, we are now facing the unknown tomorrow our country has not experienced since shortly after the first shot was fired on the Village Green in Lexington, Massachussetts, on April 18, 1775. In the 1770’s, the colonies had reached a boiling point of discontent over an oppressive and tyrannical ruler, but it took enormous courage from common people, farmers, laborers, merchants, parents, etc…, to rise up and take the risk of losing everything in an effort to gain true freedom.

President Obama, his cabinet and strategists who distribute his propaganda (CNN, NBC, etc…), have reintroduced tyranny in the United States. They have run roughshod over the Constitution and have engaged in a constant and calculated effort to destroy family, faith and reason in the United States (as well as the rest of the world). They have attacked Life and Liberty in order to impose their distorted version of Happiness upon the American people.

The election results make it clear that the common American has reached the boiling point of discontent over an oppressive and tyrranical ruler known as Cultural Marxism. With reckless abandon, the common American has risen and with the risk of losing everything, made a move to regain true freedom. May God will that the country can heal after two long terms under the tyranny of Cultural Marxism.

At a time when the world is in utter turmoil, the United States of America was on cliff’s edge and out of balance. The election of Hillary Clinton would have given our country the last push, leaving us to gather the pieces at the bottom of the deep ravine and rebuild whatever we could salvage. But here’s the catch. We are still the same country, culture and people we were yesterday. We are still on the cliff’s edge, and we are still out of balance. Donald Trump could bump us off that cliff just as easily as Hillary Clinton would have, and the slightest brush would do it.

It is up to us to inch away from that cliff’s edge and return to safe ground. Donald Trump can’t help us do that. A Republican Congress can’t help us do that. The GOP is of no use to us. If anything, we have a brief window of opportunity in which to make our next move, and it has to be a serious move, followed by a series of equally serious moves.

Too many of us have lived the last decade or two in denial of the truth, oblivious to reality. I’m not just talking about Progressive Democrats (commonly called liberals) either. I’m talking about conservatives too. I suspect that the vast majority of Americans are at least moderately surprised by Donald Trump’s victory yesterday. Democrats are shocked that their Cultural Marxism did not win because they had been led to believe that Americans had embraced Cultural Marxism. It is not surprising that Donald Trump won, it is surprising that Hillary Clinton didn’t.

The truth is, the majority of Americans still believe:

We have been duped. The propaganda from the Progressive Democratic machine has come to us through the mainstream media, our colleges and universities, the entertainment industry and our own “conservative” leadership.

That’s right folks, our own conservative leadership has aided the deceptive tactics of Cultural Marxism. It may not have been intentional. It may not have been aggressive or calculated. But it has been very effective. The shining example has been the inability to defund Planned Parenthood at the federal level and in numerous states, including, Nebraska. It has been very discouraging that we have not been able to defund Planned Parenthood in Nebraska, since we are traditionally a very conservative state and have some of the most pro-life legislation in the country. It is my theory, that even in Nebraska, our elected officials have come to believe that they will lose their next election, if they stand firmly on their personal conservative beliefs.

I also believe that the majority of Republicans in Congress allong with their respective staff members, see abortion as a cash cow. They prefer abortion to be legal and aggressive so they can continue to reap donations from people and groups within the pro-life movement. They know that the money will keep rolling in to their campains as long as they can paint themselves as the last and best defense against the abortion lobby and the culture of death. They don’t want to see Planned Parenthood defunded anymore than they want to see term limits imposed on them. It is time to see Republicans step out of the ranks and join men like Senator Ben Sasse in speaking truth and behaving with integrity.

So while our country was not nudged off of the cliff’s edge yesterday, we only have a few months to capitalize on the clear message sent by the average American. Conservative, traditional Americans want our country back. We must find the courage to continue our fight after the “vote heard round the world”. We cannot return to complacency, we cannot allow the mainstream media to form our consciences for us, we cannot continue to hand our conscience and our voice to those who strive for mediocrity and we cannot continue to ask others especially secular government officials to do what we ourselves must do.

We must begin with our family members, our friends, coworkers and others in our little corner of the world. We need to be bold and confident when we speak the truth, yet do so with charity, mercy and as much thoughtfulness as possible. And as difficult as it may seem, we must treat our critics with as much charity and mercy as we treat our friends. This does not mean we must agree with them or support their ideology or beliefs, we have had far too much of that over the past 8 years. This means we must hold to the truth and be willing to suffer insults, rejection and possible persecution, just as the saints have done over the centuries. We must do this without returning the aggression. The only way we can hope to live this way is to place our trust in the divine mercy of Jesus. Time is of the essence.

Jesus, I trust in You.