Posted 2 months ago by Bob Sullivan 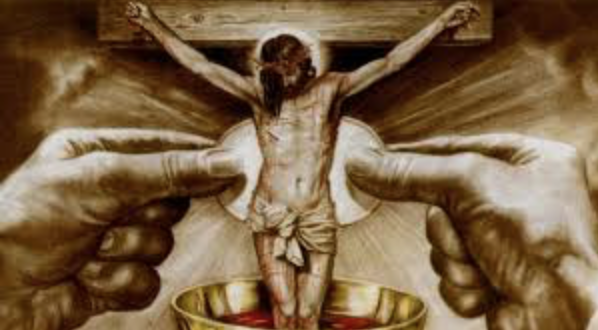 Fr. Scott Nolan recently asked Judge Sara Smolenski, a Catholic who is also living an openly lesbian lifestyle, to repent of her open and persistent sin, and informed her that she could not put her soul in even more danger of eternal damnation by receiving the Eucharist, until she repented.

Instead of repenting, Judge Smolenski has decided to publicly chastise Fr. Nolan. LGBT activists are asking the bishop of Fr. Nolan’s diocese to discipline him for being faithful to his calling as a priest and for being a faithful Catholic.

Here is the letter the Judge Smolenski’s LGBT supporters have sent to Fr. Nolan’s bishop, along with my commentary in bold font:

“The St. Stephen community is experiencing a crisis of leadership involving selective discrimination against gay parishoners.”

Actually, what these people see as a crisis is simply a priest who is faithful and courageous. While that should not be a crisis, to some it apparently is.

“Last winter, Fr. Scott Nolan denied the Eucharist to two gay parishoners in front of their child and community without any advance notice.”

Few people are ignorant of the fact that it is not good nor right to receive the Eucharist while in the state of unrepentant mortal sin. Therefore, no advance notice is really necessary.

“They were later told that they are not welcome to the sacrament due to their lifestyle. This act ignited a strong response from the church and school community which is rooted in a tradition of love and inclusion.”

Again, this should not have been a news flash to anyone. It is evidence that the “church and school community” has very little interest in Jesus Christ.

“Strict interpretation of canon law would suggest that individuals may be denied communion due to “grave sin” such as acts homosexuality, but the Catholic Catechism identifies a wide list of grave sins, including divorce, use of contraceptives, alcohol abuse, use of drugs, theft, lying, gluttony and many others. Fr. Scott’s denial of the Eucharist was very clearly an act of selective discrimination based on his personal qualms with homosexuality.”

Based on reality, it is interesting to note that Judge Sara Smolenski and the above-mentioned gay couple, were advertising and celebrating their particular favorite sins, whereas the divorced, contracepting, alcohol abusing, drug abusing, thieves, liars, and gluttons, do not tend to proudly and defiantly present themselves for receipt of the Eucharist. More on this in a bit.

“It is not in accordance with the teaching of Pope Francis that advises against the denial of communion and states that ‘the Eucharist is not a prize for the perfect, but a powerful medicine and nourishment for the weak.’”

“On November 17 Judge Sara Smolenski, a gay parisher, returned to mass at St. Stephen after having left last spring for fear that she, too, would be denied the Eucharist. Sara was given the Eucharist at the Mass, but Fr. Scott later called her to demand that she “respect the church” and not return for the sacrament in the future. Sara has been a member of St. Stephen for over 60 years. Her parents were married and buried there, she and her 9 siblings attended school there, she volunteered 25 years as a Eucharistic Minister and in many other roles, and has been a substantial donor to support the church. This act by Fr. Scott is a clear indication that he will continue to practice selective discrimination against members of our community.”

The letter omits the fact that Judge Smolenski attended Mass with several followers who were all wearing LGBT Pride pins in open support of the LGBT. So after several months of absence, she showed up at Mass in open and obvious support of the LGBT lifestyle and she’s now saying there has been selective discrimination?

We must also note that Fr. Nolan approached Judge Smolenski in private, not during the Mass and not in public. It is Judge Smolenski and LGBT activists who have tried to turn this into a media moment in order to try and change the Church.

“These acts have been destructive to the culture of inclusion and diversity that are hallmarks of St Stephen. There has been a massive decline in school enrollment, and an exodus of teachers and staff. Many individuals have withdrawn financial support from the parish and Diocese, and transferred those funds to support to the St. Stephen school or other causes.”

To the contrary, it is evident that a culture of LGBT inclusion and immoral diversity are the destructive aspects of any parish which subordinates the Gospel and the centrality of Jesus Christ to the wishes and desires of man. While a loss of students and teachers is unfortunate, no parish or school can sacrifice truth in order to feel or seem popular.

“Please share this message throughout the Grand Rapids and Catholic communities. Please also consider mailing a letter to Bishop Walkowiak and Archbishop Vigneron to share your conscience and demand that selective discrimination not be allowed at St. Stephen parish.”

Yes, please do share this message, as people need to see what happens when truth is tossed out the window in favor of popularity and cultural acceptance. When a priest cannot even follow the teachings of the Church without being chastised by those blinded by ideology, it is a very sad situation.

Thank you Fr. Nolan. And thank you Bishop Walkowiak for supporting this decision.

This Thanksgiving, I’m thankful for Courageous and Faithful priests and bishops.