Devil in the Details

Posted 7 years ago by Bob Sullivan 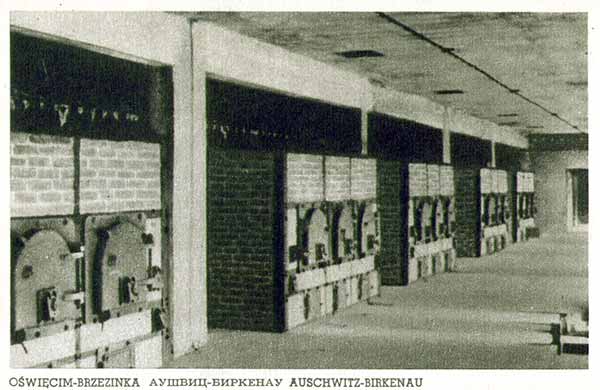 The Hobby Lobby case was argued in the U.S. Supreme Court the day before I sat down to write this.   One issue in that case is whether a private, for-profit corporation can make a claim under the Religious Freedom Restoration Act.  Hobby Lobby’s main objection to Obamacare is that it would require them to pay for an insurance plan that would provide free abortifacients to their employees.  Abortificients are pills that have the capability of killing AFTER the sperm implants in the egg.  Implantation is also known as conception.

There are four such drugs clearly included in the Obamacare law.  You would think that the long-standing laws that prohibit government from using tax money to pay for abortions would automatically invalidate Obamacare, right?  Well, the government in this case said that they don’t think these pills cause abortions because the government believes life begins at implantation, not conception.  Ah, that’s a tricky way around the issue, isn’t it?  We are getting used to that with this administration though, trickery and semantics instead of honesty and integrity.

The government recognizes that the Hobby Lobby owners have a sincere belief.  In other words, Hobby Lobby is not just making this up to win a lawsuit.  They truly object to abortion and truly believe that some of the drugs included in Obamacare coverage cause abortions.

But the government is telling us that a firmly held religious belief is irrelevant.  In other words, believe what you want, but the law is the law and if you fail to comply, the government will penalize you.

Until 1965, the medical field said life began at fertilization.  It was the birth control movement who lobbied the American College of Obstetricians and Gynecologists (ACOG) to change this so people would be more willing to try the pill.  They knew that the American public would be reluctant to embrace the pill if people knew the chemicals would be attacking the newly created life instead of simply acting as a barrier to implantation.

Isn’t it amazing how a simple change in phraseology, definition or word, can have enormous impact on society?  Since the beginning of the human race, new life has required the fertilization of the mother’s egg.  People didn’t know how this happened for a long, long, time.  After we discovered the how, we kind of yawned and shrugged our shoulders.  But we still didn’t know when this actually happened.  It was not until we figured out the “when”, that people started to pay attention.  Margaret Sanger and her pet project, Planned Parenthood, recognized that public perception would play a big role in the success or failure of chemical birth control.  Sanger and PP didn’t really care when life began, so they started working on a story that would lead people to accept pretty much any point along the development of the baby.  The most convenient sell was implantation, and that is what the ACOG bought.

But Planned Parenthood didn’t stop there.  They kept on working on their story and eventually people started to accept an even more vague concept as to when life begins.  People began saying it began with viability, brain function, 22 weeks, etc…  That still wasn’t good enough for Planned Parenthood and the abortion cheerleaders.  They are still working on their story.  Now Planned Parenthood employees are telling us life begins about 1 second after live birth or even worse, when the mother has a chance to see if she likes the baby which seems to be totally up to the mother.  Is this an hour, a day or years?  Yeah, we are talking about killing children here.  Maybe even killing adolescents.  They are allowing it in Europe already.  But we could never allow people to kill adults right?  Wrong.  That’s already allowed in some states and some European countries.  A couple of years ago, two deaf brothers (twins) in their 40’s were allowed to end their lives with lethal injection in a Brussels hospital because they were told they were going blind.

How is the contraceptive culture fixing America?  Have we solved the teen pregnancy problem?  Have we solved the divorce problem?  Have we reduced the number (or even the percentage) of children being raised in single-parent homes?  Is our education system turning out great thinkers?  Are we less depressed and is the suicide problem in our country under control? Is domestic violence a thing of the past or even on the decline?  Is poverty under control?  Are sexually transmitted diseases less frequent than 40 years ago?  I could go on and to each question you would have to admit that we are doing poorly as a nation while at the same time living in a culture of comfort, convenience, consumption and excess.

We hear new stories of callous disregard for human life and the dignity of the human person everyday.  Elderly widows being raped and murdered by drunken teens.  Children being marketed for sex (yeah, sex slavery right here in America).  Parents pimping out their children.  Baby’s being tossed in dumpsters, drowned intentionally and intentionally left to die of exposure in hospitals as the nurses and doctors refuse to save them.  Baby’s being flushed down toilets.  Now we learn that some hospitals in the U.K., are using baby corpses as fuel in the heating systems of the hospital.  One of the most striking and sobering images of Nazi Germany are pictures of the incinerators where bodies of dead prisoners were burned to cover up the atrocities and to save the trouble of digging mass graves.  Now the countries who fought to stop the Nazis from exterminating precious members of the human race are themselves burning the bodies of humans.  But now the bodies can help save utility costs.

I started out with the dry technical analysis of one small aspect of the Hobby Lobby arguments in the U.S. Supreme Court, in order to walk us through the realization that dry, boring, technical stuff, can actually change the world.

We can either talk about new ways to justify using humans or we can talk about ways to build up the respect for the dignity of the human person, loving our neighbor and addressing the root of the problem.

The horror is merely the reaction to an underlying failure on the part of our culture.  We cannot expect new laws to change anything, even if those laws make the horrors less common or illegal.  We need to speak to the heart of everyone and stop playing games with words and biological facts and fictions.  We need to get the apathetic majority to realize that changing our laws and our culture to suit the few but vocal is a bad thing for everyone.  We need to teach everyone that there is such a thing as tolerance and there is such a thing as authentic love and the two are very different.

The devil is in the details and the vast majority of Americans are oblivious to the details.

7 years ago No Comments